MUSEUMS AND PLACES OF CULTURAL INTEREST

In the vicinity of the campsite, our visitors can enjoy a wide cultural offer, with enclaves of great interest, such as the so-called Jurassic Coast or the Jurassic Museum (MUJA).

The enclave in which the campsite is located, is close to places that are a must for those who enjoy a natural environment: such as the Sierra del Sueve, the beach of Espasa or the own Arenal de Morís.

TRAILS AND OTHER SPORTS ACTIVITIES

In addition to its own tennis court and swimming pool, the campsite enjoys great proximity with a multitude of sports activities: walking routes, surfing or access to the Rasa de Berbes golf course.

The Jurassic Museum of Asturias (MUJA) is located in the so-called Rasa de San Telmo, in the council of Colunga, halfway from the capital of the council and the town of Lastres, with a slope access that starts from the AS-257 . From this promontory there are magnificent views of the Asturian east coast, and the museum becomes an omnipresent viewpoint of the Jurassic landscape at your feet that you have decided to catalog. So the first merit of the museum is found from this position, on the outside, contemplating the maritime panorama that opens before our eyes. 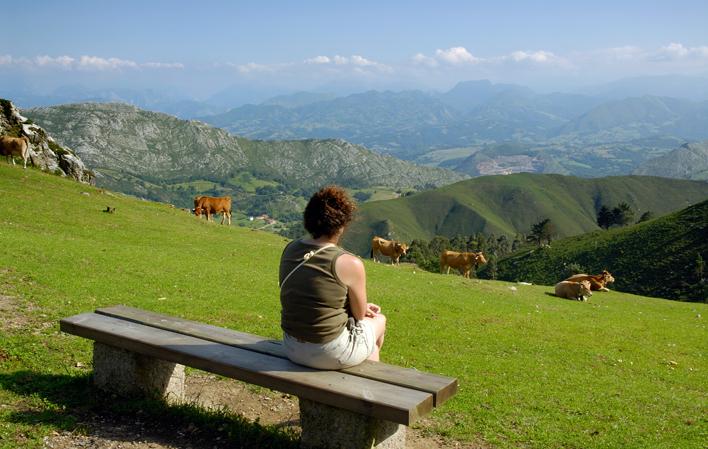 The Sierra del Sueve, just 4 km from the coast of Colunga, rises above sea level above 1,100 meters, in particular its maximum level reaches 1,159 meters: The Picu Pienzu. The highest level and closest to the sea of the entire Asturian coastline. To reach this peak, accessible to any hiker, is to reach one of the best panoramic views of the entire Bay of Biscay. Facing the sea, a large strip of coastline that practically covers the entire eastern part of the region. It is the closest thing to an aerial view. Behind us, the Picos de Europa are impressive. We observe them from a broad perspective, guaranteed by the altitude at which we find ourselves 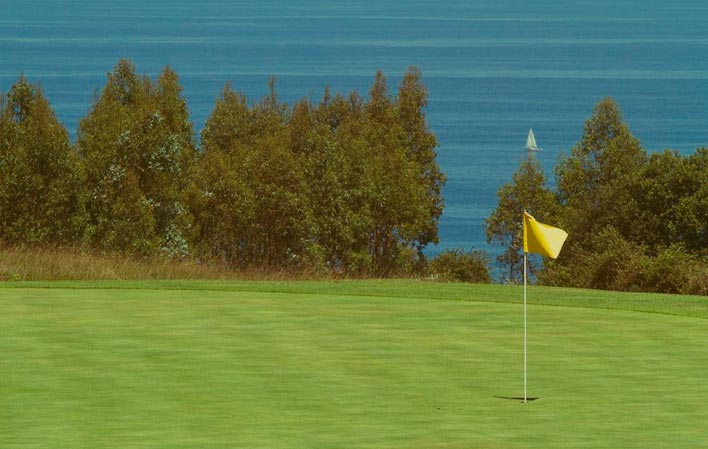 Desestresante rural spot (the field never registers saturations, which together with the tranquility provided by the landscape makes the game relaxed and you can fully enjoy this sport), an extensive Asturian grass court surrounded by nature, including the unusual presence of wild fauna: a family of Gamos has made this environment their most suitable habitat and for years they coexist with golfers who, in a privileged way, practice this sport a few meters from the deer without them feeling threatened. The animals, who roam at ease, are just one example of this unprecedented golf course, one of the most genuinely natural of the Peninsula 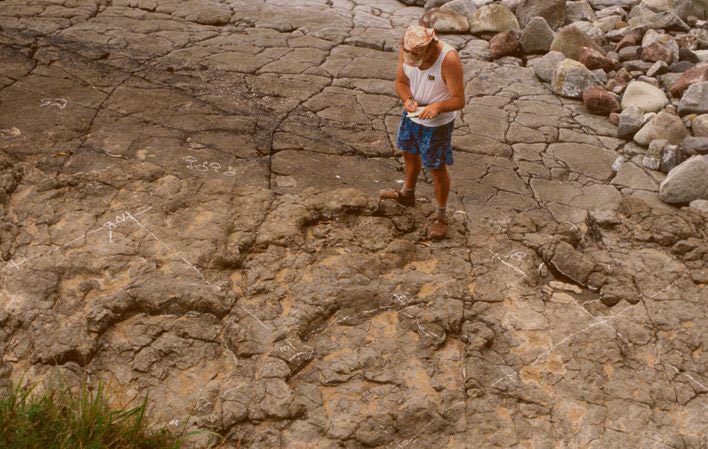 In the Pedral de Tereñes we come across rocks, large and small, which are passed through awkwardly. The largest concentration of footprints found here are located on a flat, sloping rock, as is customary in these cases. The first scientific tasting of these tracks concluded with “dinoturbation”, that is, a mass of arbitrary tracks, due to a mass quotation of dinosaurs of all conditions, in the same place. However, the theory has changed recently. And it is that if you analyze the length of the step, the size of them, and the orientation with respect to an axis, it is discovered, surprisingly, that those “monsters” walked in a pack around that place, bringing out their gregarious behavior